Happy Thanksgiving, Wherever You Are! 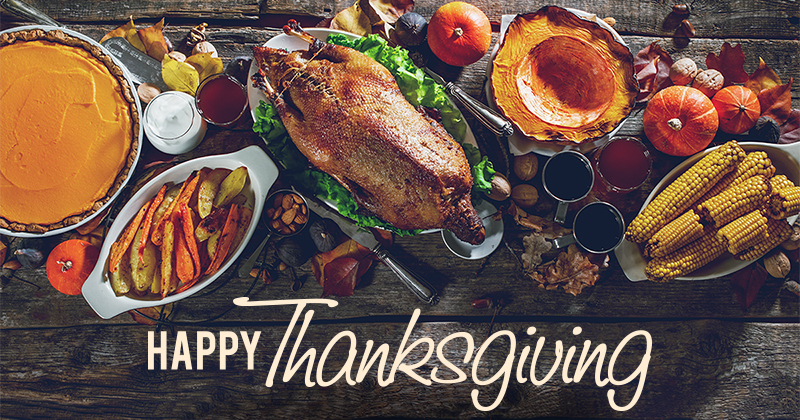 The annual Thanksgiving feast varies based on local ingredients and tastes.

Nearly everyone looks forward to sitting down to a traditional Thanksgiving feast with loved ones. Most of us also wait all year for the special treats that make up the feast. However, depending upon where in the country you live, your Thanksgiving spread might look very different.

Because it is so hard to wait to sit down to the meal, most gatherings start with goodies to nosh on before the feast. Perhaps unsurprisingly, twists on ways to enjoy cheese abound. A cheese ball paired with crackers harkens back decades, although newer recipes add a crispy bacon crust to this Midwestern staple. While serving warm brie cheese dates way back, Californians add a unique sourdough bread bowl. Across the South, people take the edge off their hunger with a classic pimento cheese dip, possibly with bacon and/or pecans for additional flavor.

OK, yes, most everyone immediately thinks of turkey as the centerpiece of the Thanksgiving dinner. However, even if you opt for the classic turkey, you might brine it, roast it with butter, glaze it with sugar, cook it low and slow in a barbecue, or deep fry it. The last two options are especially popular in the South. Speaking of southern, Louisiana claims to be home to the mythical turducken – a duck stuffed inside a chicken, which is stuffed inside a turkey. Furthermore, ham, roast beef, goose, and other roasts are also popular. Coastallocales have been known to dine on crab and lobster as replacements for turkey, too. Of course, if you really want to go for historical accuracy, it has been suggested that the first Thanksgiving feast included shellfish, eel, and venison as the main course. 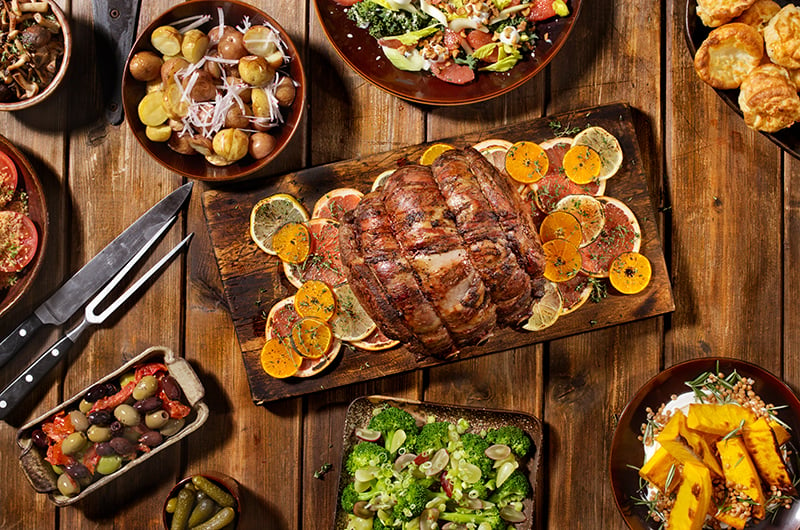 When it comes to sides, there are all sorts of regional differences influenced by locally available ingredients:

- Stuffing/dressing Stuffing (cooked inside the bird) and dressing (cooked outside the bird separately) are traditional accompaniments to turkey. While they can consist of bread, grains, vegetables, fruits, and nuts, folks in the East add sausage, and oysters pop up in New England and the Gulf states, sometimes the West.

- Gravy Gravies made with cream or sage may not surprise you, but you may be less familiar with red chile gravy from New Mexico and gravy made with bits of hard-boiled eggs, as in the South.

- Mashed potatoes While the meat, the stuffing or dressing, and the gravy might vary from place to place, there is one side people throughout the U.S.tend to agree on. Namely, you cannot have Thanksgiving dinner without mashed potatoes.

- Sweet potatoes While sometimes referred to as “yams,” especially in the West, sweet potatoes arrive in various forms, including candied, mashed, and, of course, in a pie in the South (see the Desserts section below).

- Corn This venerable vegetable shows up in a wide variety of forms. In the South, cornbread and cornbread stuffing delights the diners. Spoon bread and various casseroles are popular across the Midwest and parts of the South.

- Rice and pasta In the South, macaroni and cheese is just as integral a part of the meal as the turkey. However, in the upper Midwest, where it is native, wild rice shows up in stuffing, in a salad, and as pilaf. 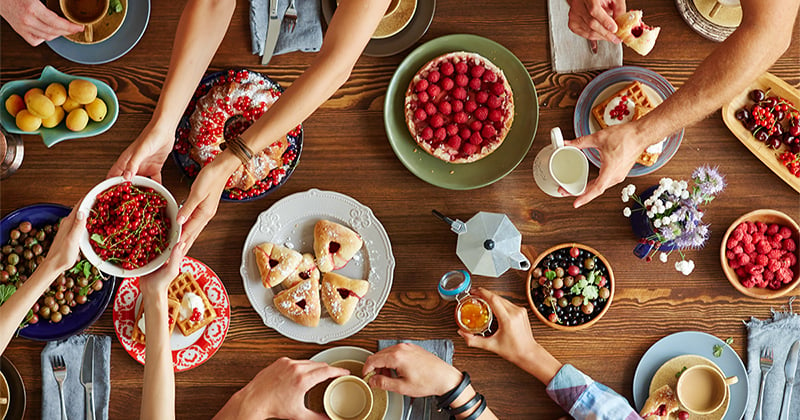 Ah, we saved the best for last. When it comes to sweet treats at Thanksgiving, they tend to boil down to two chief categories – pies and puddings. As far as pies are concerned, regional favorites include:

- Pumpkin pie Fashioned from a gourd into a custard, pumpkin pie is the time-honored traditional dessert...

- Sweet potato pie ...Unless you happen to be from the South, in which case you will fight someone who claims anything other than this root vegetable-based delicacy is the traditional Thanksgiving dessert.

- Fruit pies In New York state and the surrounding areas, the Concord grape pie is king, but cherry pie reigns supreme throughout the upper Midwest and West, while the old-fashioned apple pie dominates in the Mid Atlantic and New England regions.

- Nut pies The pecan pie is the only viable alternative to the sweet potato pie in the South, but other regions have put their own spin on this pie, creating chess pies (originating in New England and migrating elsewhere) and Derby pie (from Kentucky, of course, which adds chocolate and bourbon) Where puddings are concerned, there are far fewer traditional entries.

- Indian pudding Popular in New England, this dessert features cornmeal porridge dressed up with molasses, cinnamon, and ginger for a sweet and savory flavor. With a recipe that is more than 200 years old, this dessert tastes far better than it looks (like mush).

- Persimmon pudding Similar to an English Christmas pudding, this pudding uses the fruit native to the Midwest and South as its base. Especially popular in Indiana, persimmon pudding out West tends to use the Asian persimmon, which was brought by Japanese immigrants to California.

Of course, some people have begun celebrating the Thanksgiving holiday in new ways. Instead of a traditional feast with family, they might host a Friends-giving with friends and other loved ones. Others bring fresh new takes, possibly even vegetarian or vegan spins, to the foods shared at the meal. No matter which way you choose to celebrate the Thanksgiving holiday, or what food is on the table, the best part is sharing love and togetherness with those you hold dear.